The war in Ukraine has brought a new level of war-mongering by the powerful, not only echoed but amplified by the mainstream media. Notice how little we hear about negotiations and how repeatedly we are told that it is only more weapons that Ukraine needs.

Join us for a conversation with Col. Lawrence Wilkerson as he warns about war-mongering having gone nuclear: how the White House thinks it can win a nuclear war with Russia and how dangerous and disturbing this idea is.

Col. Lawrence Wilkerson is an adjunct professor of government and public policy at the College of William and Mary and the former Chief of Staff to Secretary of State Colin Powell (2002 to 2005). He is a critic of U.S. foreign policy surrounding the Iraq and Afghanistan Wars, Iran, and the new Cold Wars with China and Russia, and asserts that the U.S. is not a democracy but a war state that forces its will on the global community. In 2020, Wilkerson worked on bipartisan projects to prepare for the possibility that a defeated Donald Trump would refuse to leave office. 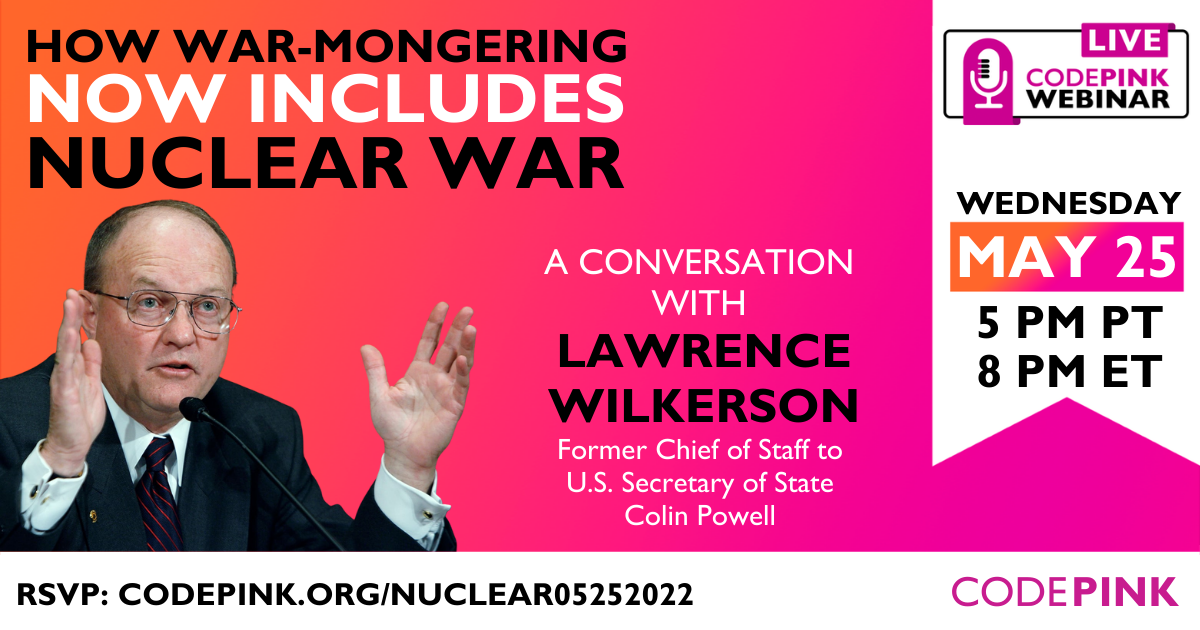